Snow Train Runnin'
Biggest Snowfall vs Train Snowblower - (HD, 1080p)
On this particular mission, the snowblower's progress is hindered due to the considerable height of the snow wall. The snowblower actually derailed a couple of times on this strip, which meant a heavy crane had to be brought in so that the train could be put back on tracks - a very difficult and costful operation. Filmed on the Romanian railways, during winter '12. 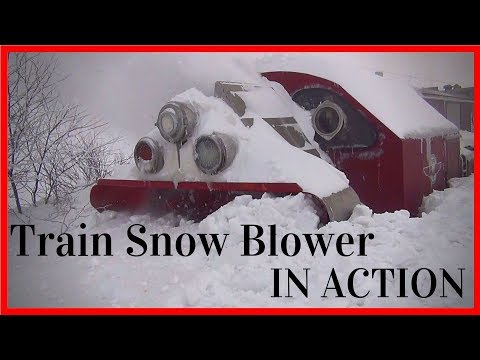 Construction Inventions & Technologies on another Level ▶4

Most Powerful Machines That Are On Another Level ▶ 3

Powerful Machines That Are On Another Level ▶16

The most amazing machines in the world - Modern technology

An excavator is erected after falling